BOOK ONLINE NOW OR PHONE US 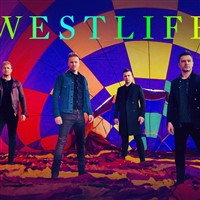 Westlife are an Irish pop group made up of band members Shane Filan, Mark Feehily, Kian Egan, and Nicky Byrne. The pop vocal group have released 10 studio albums including 14 UK number 1 singles, selling more than 55 million records around the world.

Westlife are an Irish pop group made up of band members Shane Filan, Mark Feehily, Kian Egan, and Nicky Byrne. The pop vocal group have released 10 studio albums including 14 UK number 1 singles, selling more than 55 million records around the world. They are due to release their 11th studio album Spectrum which is out on 15 November 2019. The legendary Irish pop group are touring the UK in 2020.

Westlife originally formed in 1988 in Sligo, Ireland. Brian McFadden was part of the original line-up before leaving the band in 2004 citing personal reasons. Westlife first broke into the charts with their debut single Swear It Again. Released in April 1999, the song peaked at No.1 on the Official UK Singles Chart where it remained for two weeks. The track was the first single to be taken from the boys’ debut album Westlife. In total, five singles from the debut topped the music chart in the UK – Swear It Again, If I Let You Go, Flying Without Wings, the double A-side I Have a Dream/Seasons in the Sun and Fool Again. A phenomenal chart success, Westlife went on to release ten studio albums throughout their music career, all of which charted within the top five of the Official UK Albums Chart and six of which peaked at No.1. In total, the band have released 14 chart-topping singles, including My Love, World of Our Own, Unbreakable, You Raise Me Up and the hugely successful cover version of the Billy Joel song Uptown Girl.

Westlife wrapped up The Twenty Tour in 2019, celebrating 20 years of hits including 14 No.1s.The shows marked the first time the band has toured together since their break-up in 2012.Westlife has also announced a one-off show set for 22 August 2020, with the band set to play Wembley Stadium for the first time ever in their career.

Tickets are General Admission Standing - due to the location of tickets children under the age of 11 are not permitted onto the pitch.

Below is a list of pick-up points available on this tour.

Below is a list of pick-up points available on this tour.

It is not possible to display the map. This may be due to Google Maps not being supported in your browser.

Search The location was not found

There are currently no departures available on this tour.

The website timed out while searching for the departure dates. Please try again.

Standing on the Shoulders of the Giant's Causeway

The Script Live at Newmarket Racecourse 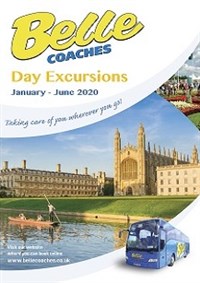 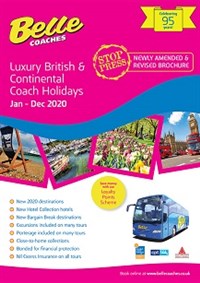